About two weeks ago, the defenseless Palestinian people, especially the residents of the Gaza Strip, have been subjected to aggression by the Israeli occupation forces, in complete disregard for the rules of international humanitarian law and resolutions of international legitimacy. This aggression, in which the occupation army used all kinds of deadly and dangerous weapons, as it did not exclude civilians or all civilian facilities, including vital ones (hospitals, generators; road networks; drinking water tanks …), which led to many economic and human losses. Not to mention the massive damage inflicted on the infrastructure, which led to a comprehensive humanitarian catastrophe that amounts to war crimes and crimes against humanity, according to Articles 7 and 8 of the Rome Statute of the International Criminal Court and other provisions of international law, especially the Geneva Convention and its supplementary protocols.
We recall in this context that on February 5, 2021, the First Pre-Trial Chamber of the International Criminal Court decided, with a majority of its judges, that the court has jurisdiction over the territory of the State of Palestine, which includes the West Bank, the Gaza Strip, and East Jerusalem, as a state party to the Rome Statute. This decision comes after the referral made by the Attorney General a year ago, after she concluded that there is a reasonable basis to open an investigation into the alleged crimes committed in the State of Palestine by the Israeli occupation.

Therefore, as a first step following the Court’s ruling on territorial jurisdiction, AFD International has filed, through a number of international lawyers, another complaint to the ICC Prosecutor’s office, dated Friday, May 21st, 2021, on behalf of the Al-Jalaa Tower Complex owner. AFD today’s complaint emphasizes that targeting this civilian facility, in which a number of International and local news agencies, as well as many offices of lawyers and doctors were located, and thus the building is among the civilian facilities forbidden to be targeted by law and international agreements, which constitutes a full-fledged criminal act which is prohibited by international law and needs to be preliminarily investigated by the ICC. It encloses the power of attorney signed by the victims, numerous supporting documents and legal characterization and aims at convincing the Prosecutor to proceed with the investigation, as per article 15 of the Rome statute. As we submit this information to the court, we note that it concerns Palestine, which is a member state of the court. The court has, therefore, the obligation to provide appropriate legal protection to it, and to exercise due diligence in investigating the crimes committed by Israeli occupation. The goal is to enforce the principles of non-impunity, non- prescription of war crimes and non-immunity of war criminals. 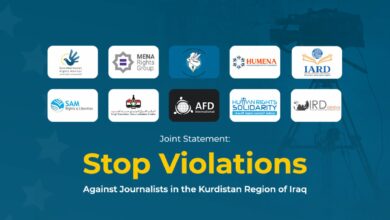