Ten human rights organizations issued a joint statement today calling on the Iraqi Kurdistan authorities to stop their ongoing violations against freedom of the press, lift restrictions on journalistic work, and stop prosecuting and detaining journalists.

In the statement, issued on World Press Freedom Day, the organizations expressed their concern about the regional authorities’ insistence on prosecuting journalists on charges related to their journalistic work and continued disregard for relevant local and international laws required to guarantee freedom of press, opinion, expression and publication.

The targeting of journalists and prying into civilian activity in the Kurdistan region of Iraq  are  a part of the authorities’ attempts to weaken the popular movement and restrict media coverage on the demonstrations that demanded economic reforms and improvement of living conditions for  the population in the oil region, the statement said.

On February 15, 2021, journalists Sherwan Sherwani, Ghadar Zebari and Ayaz Karam appeared before the Erbil Criminal Court on charges of “undermining national security”. The next day, the court sentenced them to a 6-year-imprisonment on trumped-up charges, such as spying for foreign countries and trying to destabilize security and stability and discredit the region.

The organizations said that the three journalists were arrested in October 2020 after their significant interaction with the widespread protests that demanded improvement of economic and living conditions caught the authorities attention.

In December 2020, the authorities of the Kurdistan region in Iraq arrested at least five journalists for covering the widespread protests. They banned the broadcasting NRT channel temporarily for the same reason after the security forces “Asayish” stormed the headquarters of the channel and destroyed and looted its contents.

In August 2020, journalist Honer Rasul was killed while covering the popular protests in the city of Rania in the Sulaymaniyah Governorate. The official authorities attributed the cause of his death to a heart attack and ignored any urges of opening a transparent investigation into the incident.

According to the sequence of events in the region and the analysis of the authorities’ hostile behaviour towards journalists, it appears that the authorities do not show any respect for the Iraqi law, local legal directives, or the international law regarding the freedom of  press, the statement said.

The statement noted that the 2007 Kurdistan Press Law guarantees freedom in journalistic work as article (2) of the law stipulates that “the press is free and has no censorship, and freedom of expression and publication is guaranteed to every citizen in a respectful framework,” and it also guarantees “the journalist to obtain information of interest to citizens and related to the public interest from its various sources, under the law.”

The law also stresses that “it is not permissible to investigate the journalist or search their workplace or residence (…) except by a judicial decision, and the captain or their legal representative may be present in the investigation.”

The organizations said in the statement for more pressure on the regional authorities to end the violations against journalists, and to establish a mechanism for accountability for the violations committed against them to ensure an end to the policy of impunity.

The authorities should stop arbitrarily using the law to prosecute journalists for their legitimate work, and to abide by international and local laws that guarantee journalists to work freely without any restrictions or obstacles, the organizations said. 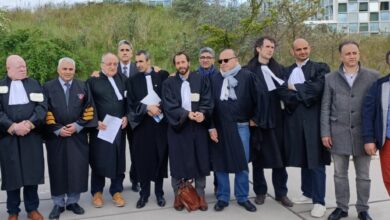