AFD International condemns the murder of a Minneapolis police officer against George Floyd. AFD International strongly condemns the violent arrest of Mr. George Floyd, which resulted in his death. Mr. Floyd, a 46-year-old African American, lost his life as a result of the police pressing his throat with his knee while refusing to hear his pleas.
The victim died suffocated by repeating “I can’t breathe”. This scene was filmed by passers-by and quickly spread to social media, which has rightly stirred the hearts of many American citizens. Mr. Floyd’s case is not an isolated one. The United States has known dozens of cases where people arrested for minor acts were victims of police blunders which went unpunished. We can cite the case of Eric Garner, the father of a family killed during an arrest who, like Floyd, complained of suffocation under the pressure of several police officers who controlled him and one of whose police officers used a strangulation technique prohibited by New York police. Also, Michael Brown, Keith Lamont or Ahmaud Arbery shot dead in cold blood by two men who followed him. It is the feeling of impunity in the face of its multiple police blunders generally committed by white police officers, who have pushed thousands of American citizens to be indignant and to demonstrate. “I can’t braethe” has become the symbol of this outrage and several movements have emerged to denounce these situations, such as the Black Lives Matter movement with the hashtag #BlackLivesMatter. AFD International calls on the American authorities to be very transparent and to be completely impartial during the investigation of this case. A fair and just trial would be the first step to ending this deadly violence. AFD International also calls on the American authorities to assert the racist nature of this police violence, recognize it and have the courage to act on it.

Finally, AFD International calls on the American authorities to pay the utmost attention to educating citizens about the culture of tolerance and combating racism in all its forms. We also call for the protection of minorities against all forms of discrimination, be it institutions, civil servants or citizens whatever they may be.
AFD International
Americas Department
Brussels
05/31/2020 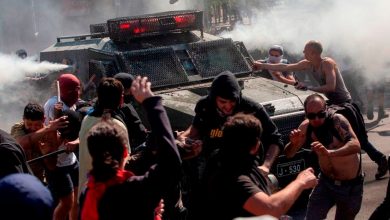